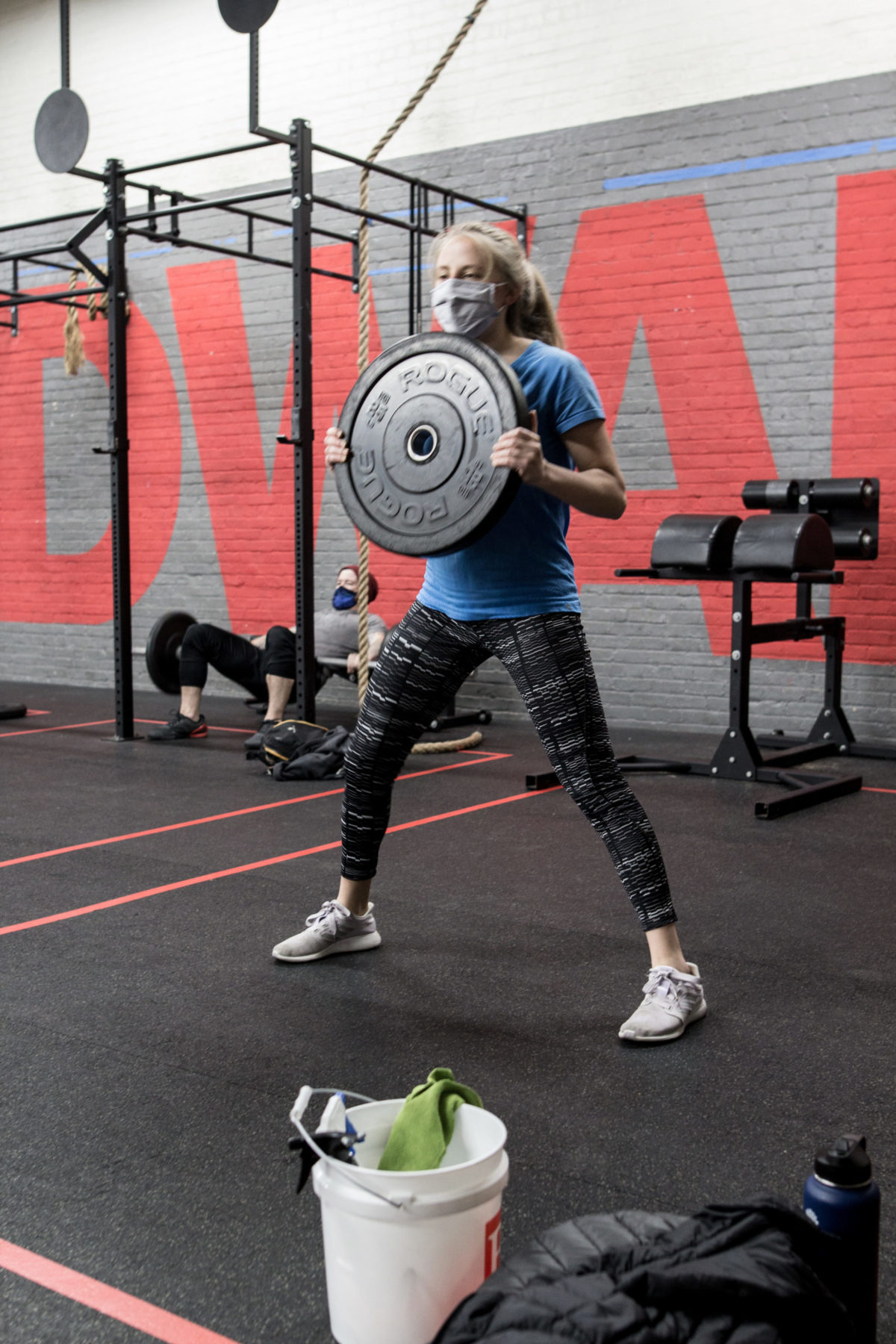 I am currently a senior in high school at Walter Payton, so a large portion of my time is dedicated to homework and college applications. I don’t know where I am going to college yet, but I do know I want to study computer science and math. I play volleyball both at Payton (with Coach Darcy as the head coach!) and on a travel team, and am also involved in a lot of school clubs. I lead Payton’s Best Buddies chapter (which was named the 2020 International Chapter of the Year!), Get Coding club and Youth Wellness Team. And like any teenager, I like to hang out with my friends downtown and at the lake.

My older brother, Henry, was the first of my family to try out crossfit. He really liked it, and I wanted something to keep me in shape for volleyball. I decided I would give it a shot. I had never done anything similar before – working out was never really my thing – so I convinced my dad to come with me. We went to an introductory class, and then jumped right in. In all honesty, I was not expecting to like it as much as I did. But it was new and exciting, and I left every class feeling like I had accomplished something. Even now, two years later, I still get the same feeling.

A large part of why I like Hardware so much is the sense of support. There is always someone cheering you on and encouraging you to do the best you can, the coaches are always happy to help you, and nothing is a competition with anyone but yourself.

My 2021 New Year’s goal is to be able to do a pull-up! It’s something I always wished I could do, so I’m excited to really work on it and (hopefully) get one sometime later this year.

I’m really just most proud of myself for sticking with it. If you had asked me three years ago to go to a crossfit class, I would have laughed and said there was absolutely no way. But despite all my fears and doubts (and the fact that I’m much younger than everyone else here), I decided to put myself out there, try something new, and found that I really do like it.

Wall-walks are always fun, and I love a good partner WOD with my dad!

Thrusters. I refuse to believe that anyone actually enjoys doing them. And I don’t like to run, so any distance over 400m is way too long for me.