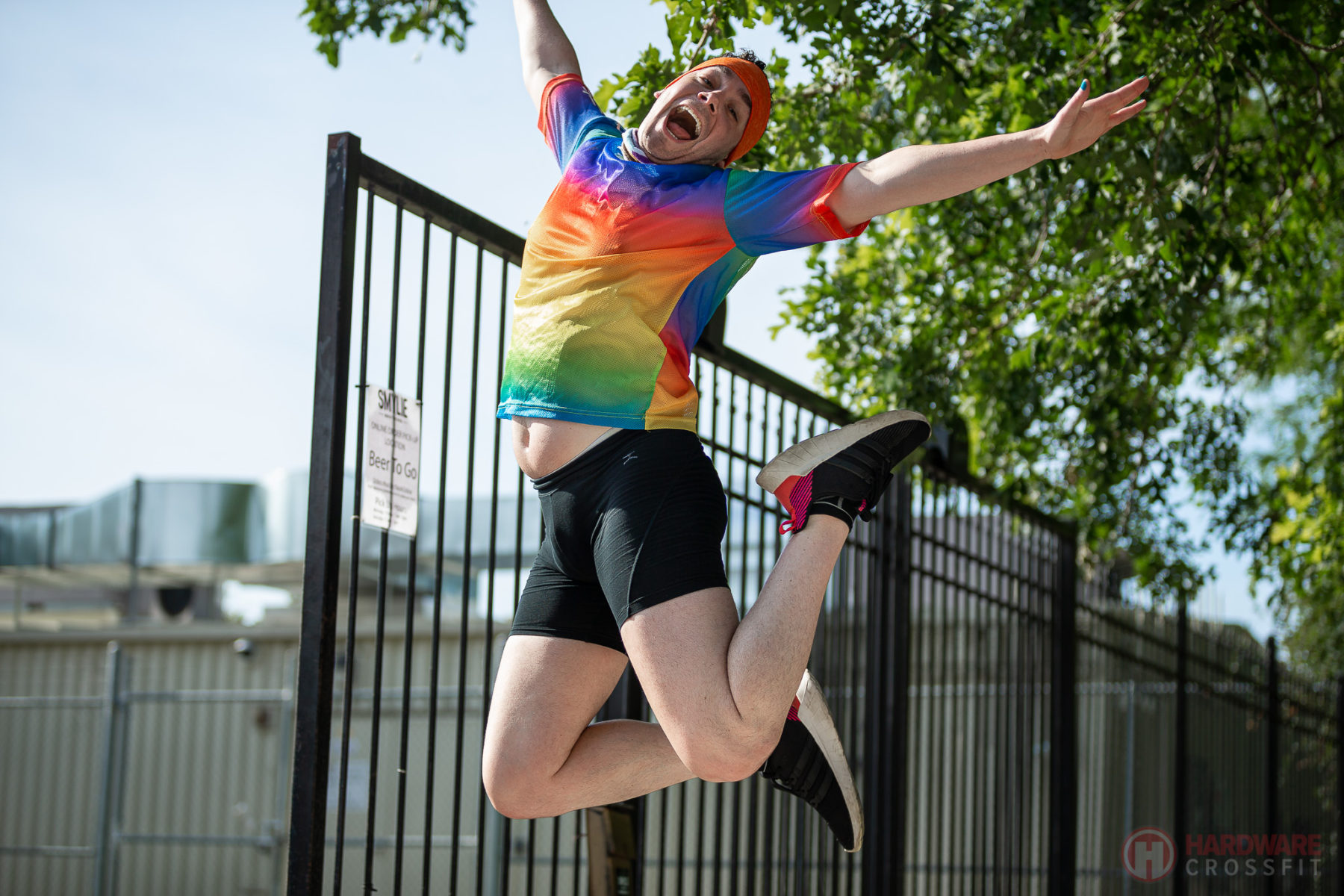 My name is Parker, and my pronouns are they/them/theirs. I’m originally from South Louisiana, though I’ve been in Chicago for ten years. I moved here to study acting, and have been privileged enough to be a working actor in this city since. I primarily do musicals, though I was juuuuust starting to work in TV and film before COVID-19 came along and decided to slow the industry down (rude, Rona). For my day job, I work for a company that runs PR software, and part of my job is helping to run our LGBTQ+ employee resource group, providing education and on LGBTQ+ issues for our global offices, and helping create an inclusive work environment. In my (little) spare time, I love fashion, and I love drag.

It’s become a mission of mine that in everything I do – from the shows I’m in, to the work I do, to the places I go, that I am providing some kind of visibility for trans and queer people, and making space for others in my community. Because I had to go through a lot to accept and embrace myself for who I am, and I want to do everything I can to help create a world where trauma is no longer intrinsic to the experience of being trans and/or queer.

WHAT INITIALLY GOT YOU INTO CROSSFIT AND WHAT KEEPS YOU COMING BACK?

So growing up, I was never really an athletic or “fit” person – I was always skinny, always feminine, and kind of always seen as a weakling or a “wuss.” I did drama and music; most of my middle and high school bullies were guys on athletic teams, so I stayed far away from any sort of gym.

A few years ago, I was assaulted on the street for wearing heels and feminine clothing, and it left me feeling very vulnerable. Like I couldn’t defend myself. So, I decided to take working out very seriously. I knew Adrian through his wife, Brie, and reached out to see if he could teach me the basics of navigating a gym so that I could start on my own.

And that not only started a friendship with my fave coach (!!!!), but also an interest in crossfit (are we still calling it that?). Adrian and I went on to have several conversations about ways to make crossfit more accessible and inclusive to people of all genders, because so much of it, especially in competitive settings, was/is tied to the male/female gender binary. And more or less didn’t consider transgender and non-binary people when it came to how they should train.

Ultimately, that got me interested in Hardware, because I could tell they were doing the work to make fitness feel more accessible to me and people like me. And then I joined, and met all of the PEOPLE. We have a pretty great community, and sometimes I forget how that is equally important to the programming/coaching/equipment/etc. I keep coming back because I learned to love challenging my body and doing it with a great group of folks. WHAT ARE YOUR CROSSFIT GOALS? HOW CLOSE ARE YOU TO REACHING THEM?

In a way, I’ve already achieved some of my goals – I started training to become more confident in my strength and ability to take care of myself. It’s been about a year since I joined Hardware, and I already feel physically, mentally, and emotionally stronger. Now, my goal is to continue challenging myself, and keep looking for ways to improve. What movements can I improve on? How can I make my technique better? Do I hate a certain movement, and can I learn to embrace it and grow from it? (Though I will probably always hate wall balls with a burning passion, and I think I am at peace with that… for now.)

WHAT’S AN ACCOMPLISHMENT OR GOAL YOU’VE REACHED DUE TO CROSSFIT THAT’S MADE YOU THE MOST PROUD?

So trans people tend to have pretty complicated relationships with their bodies. I mean, in today’s society, who DOESN’T? But for a lot of trans folks, that’s compounded by the fact that not only do societal pressures tell us to look a certain way – our bodies are even further from the traditional beauty standards imposed on them.

And since non-binary is a gender identity that is less defined, I’ve grappled with feeling like by body is supposed to look a certain way, without even really knowing what that is; it’s pretty confusing to navigate.

Training here at Hardware has helped me sort of disassociate the way my body looks with what it is capable of. And I’ve found a way of looking at fitness that makes me excited about squatting 200 pounds for the first time, or climbing to the top of the rope, or chaining toes-to-bar reps, rather than focusing only on the way it makes me look.

Also like, I can squat most of my friends, how cool is that? DEADLIFTS, BABY!!! (though I love a toes-to-bar challenge, or a rope climb)

You know, I cannot find it within me to care one bit about achieving double-unders… but my arch nemesis will always be wall balls. ANY ADVICE FOR SOMEONE INTERESTED IN TRYING OUT CROSSFIT?

Throw what you think you know about it out the window. And don’t approach it by assessing the things you can’t do or keep up with; it’s all about building upon what you can do, and going from there to learn and do more.